What Happened to the Chestnut Tree?

Chestnut Trees covered the eastern United States for thousands of years until the early 1900’s when the most devastating blight happened, one of the greatest natural disasters in forest history. It was once said that a squirrel could climb a Chestnut tree in Maine and not touch the ground until he reached the Mississippi River. Because they were abundant and rot-resistant, Chestnuts were used for everything from furniture to fence posts, and it’s tannin used in the tanning industry while the chestnuts themselves were used to feed both people and wildlife.

It was the most numerous tree in the forest with one out of every four hardwood tree being a chestnut. It was also the largest tree, with massive trunks measuring up to 10 feet in diameter and soaring up to a 100 feet in the air. Known for being roasted over an open fire, chestnuts were also sold on the street corners and used to stuff Thanksgiving turkeys. Chestnuts were in high demand. They were an especially important crop to the farmers in the Appalachian Mountains where Chestnut trees grew the largest and they fed the abundant wildlife across the east. 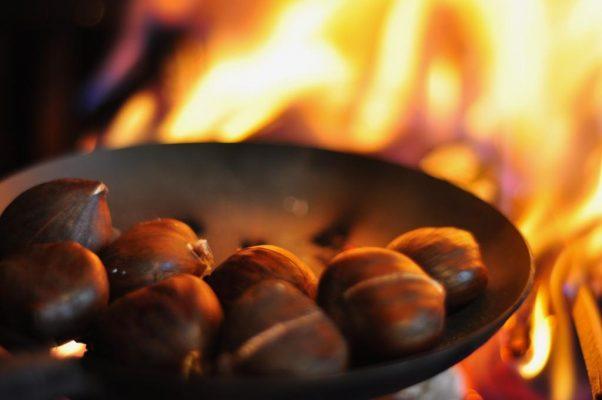 What Happened to the Chestnut Tree?

The curators of the Bronx Zoo first noticed a problem in 1904. The magnificent Chestnut trees that lined their walkways suddenly had wilting leaves and cankers on their bark that resulted in the death of the tree’s trunk and limbs. Despite the best efforts of the time, in less than 50 years, the blight was spreading about 50 miles a year, killing every Chestnut tree in its path, leaving only dead and dying stems in what was once a healthy chestnut forest. The blight eventually killed nearly 4 billion Chestnut trees.

In the early 1950’s, James Carpentar of Salem, Ohio discovered a lone American Chestnut in a grove of dead and dying trees. A member of the Northern Nut Growers Association, he injected the tree over the next few years with active blight spores and mycelia but failed to cause any type of blight in the tree.

He sent budwood to Dr. Robert T. Dunstan, a fellow member of the NNGA and a well -known plant breeder in NC. Dunstan cross pollinated the tree with three Chinese specimens and in 1962 seedling trees from the first cross began to bear. By backcrossing the American chestnut with Asian chestnuts (which are naturally immune to the blight), the goal is to create an American Chestnut Tree that is blight-resistant but almost completely American, with all the strong qualities of the majestic trees of a century ago.

The Chestnut tree is poised to make a comeback, thanks in part to the Dunstan Chestnut. These trees combine the excellent nut quality and tree form with guaranteed blight resistance. There has never been an instance of Dunstan Chestnuts dying from the blight, and they have been grown successfully from Maine and New York, Illinois and Wisconsin, Texas and Florida. They are excellent for commercial and backyard orchards, and are the best tree to plant for attracting deer and wildlife to your yard and landscape. If you are looking for something just as attractive in addition to the chestnut trees are the Chestnut shrubs, they are the perfect privacy bush! Other bushes to accent the chestnut trees may be the Skip Cherry laurel shrubs and Blue Cascade Dystylium shub. 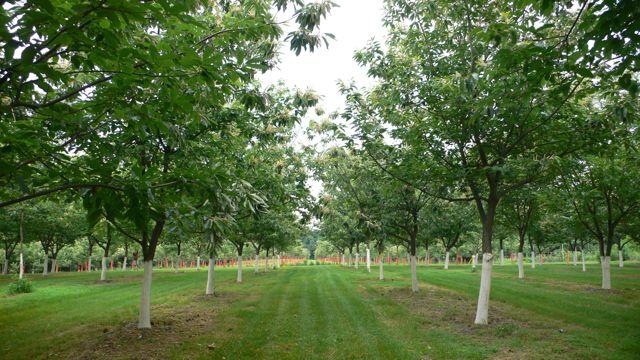 Add a Chestnut Tree to Your Yard, Orchard or Landscape

You can do your bit to help reintroduce the iconic Chestnut tree to North America by adding these magnificent trees to your yard, orchard or landscape.