The Introduction of Crape Myrtles in America

The Crape myrtle which once only offered beauty to southern gardens is now known to offer its “southern charm” to the northern landscape as well. Few plants give us what the Crape Myrtle does, a myriad of foliage colors in the spring, a virtual kaleidoscope of flower colors from summer into the fall, an array of fall leaf colors from all shades of red to golden yellows and purple, and finally (my favorite part, attractive exfoliating bark which becomes wonderfully apparent in the long shadows and low sun angle of winter.

How Crape Myrtles Became a Staple of Southern Gardens in America

How did this plant that now has become a staple of southern gardens provoking festivals and finding its way into our American literature come to this country? The Crepe Myrtle’s roots actually began in china thousands of years ago where it came to be known as “Pai Jih hung” which translates into “hundred day red’ aptly named for its beautiful color and long flowering season. This ornamental plant was especially favored by members of the Tang dynasty between the years 618 and 906 AD.

While no one is actually positive who brought the first specimens of crape myrtle to the United States and exactly when. We are fairly certain that Crepe Myrtles have been in cultivation in America for almost 150 years. Many fine old specimens are found throughout the south including many historic gardens. It is also important to note that it is believed that the first Crepe Myrtles were brought in through the port of Norfolk in Virginia. Since then they have branched out to a variety of different types and colors. The most popular being, Red Rocket , Purple Magic, and the Tuscarora. 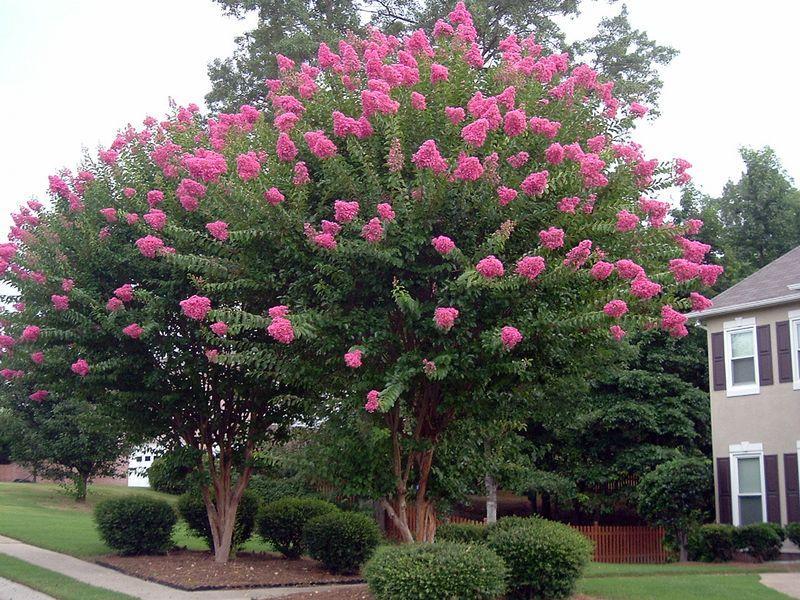 Many great horticulturalists have spent countless hours and years working to bring us the Crape Myrtles we know and revere today. Two of the more well known examples would include, Dr. Donald Egolf who is truly one of the pioneers in Crepe Myrtle breeding. His work at the U.S. National Arboretum brought us no less than 25 new introductions including the series of plants named for American Indian tribes.

Two of the genetic standouts of the series are ‘Chickasaw ‘and ‘Pocomoke’, which were the first truly dwarf cultivars known to American gardeners and are still very popular today. Dr. Carl Whitcomb of Oklahoma bred ‘Dynamite’ a true red. His work included also included many new and noteworthy introductions but he also gave us sterile cultivars such as ‘Rhapsody in Pink’ which flowers longer than non-sterile varieties. Both of these great men’s work included giving the plants superior disease resistance and longer flowering periods that became the parents to many of the cultivars that growers and breeders are introducing to American gardens today. Many others have followed in the footsteps of these two pioneers and we’ll touch on those later in this series. 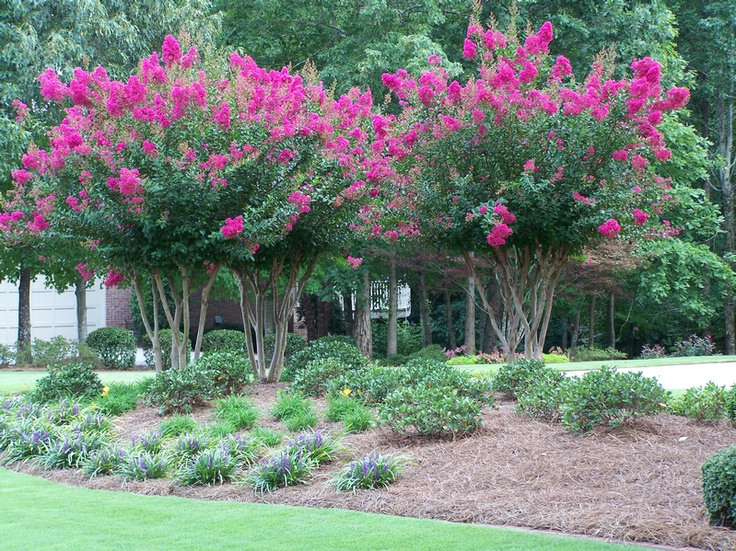 How Crape Myrtles Made Their Way Up North

As previously mentioned, Crepe Myrtles until recently were known as southern plants. As a boy in Pennsylvania, I remember my grandmother telling me about trees that she would see in Virginia and wishing that she could have them at her house but it was just too cold for them in the Pennsylvania winters. Thankfully long gone are those days, now Crepe Myrtles can be seen throughout the upper Midwest and north east, even as far north as Greenwich, Connecticut.

Thanks largely in part to Dr. Donald Egolf and his pioneering work at the National Arboretum. In some cases far north plantings die back to the ground each winter but put up new growth each spring from the roots. These should be treated much like a butterfly bush and cut back to the ground in late winter. As of writing this I’m reminded of seeing flower buds on Crepe Myrtle Pink Velour here in my garden on the eastern shore of Maryland.

In honor of “Pai Jih hung” or “hundred days red”, this will become a bi-weekly series spanning the next 100 days about one of our favorite and best selling plants at Garden Goods Direct, the stately Crepe Myrtle. That will put us around the beginning of September which will be a good time to end the series with a discussion about getting your crepe myrtles ready for winter.

Until next time
See you in the garden,
Woodie