Best Ornamental Grasses for Any Season

Much like conifers and other evergreen plants, ornamental grasses will provide welcomed interest in the fall and winter landscape, especially when backlit by the warm morning sun or in the golden light of the evening. When the colorful flowers of spring and summer perennials are only a memory, you’ll find peace and solitude looking out on ornamental grass spikes in the early light of a cold winter’s day while dreaming of the promise of another spring.

There are two different types of grasses and the differences need to be clarified before sending you out to include grasses in your landscape. 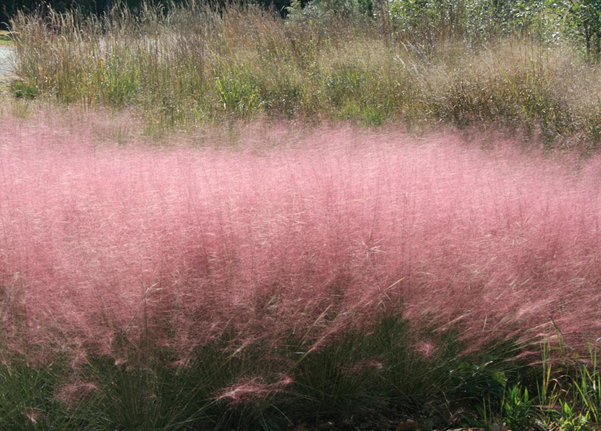 Warm season grasses grow their best during warmer times of the year and stay beautiful even when temperatures are high and moisture is limited. These grasses show growth when the weather becomes stable and the soils warm. This sometimes causes anxiety with gardeners who fail to see that early flush of growth in the spring. The previous year’s growth usually browns out in the fall requiring the plants to be cut back about 4-6 inches in the spring. Don’t rush to get the grasses cut back because the best show grasses offer begins after the first frost. Warm season grasses typically require less frequent division as compared to cool season grasses.

Our favorite Grasses that fall into this group are: 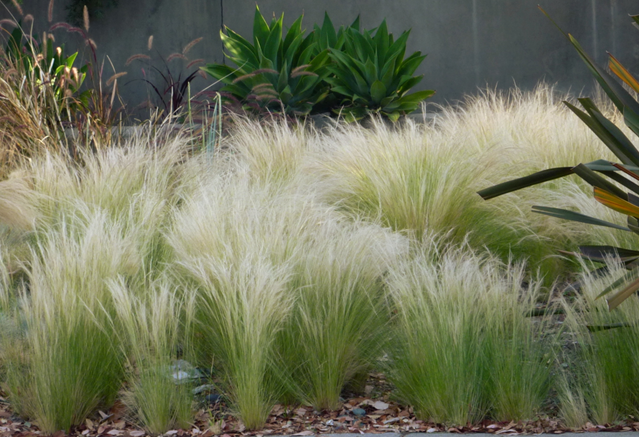 Cool season grasses are part of a much smaller group and are slowly making their way into gardens. They start to grow early in the spring and remain semi-evergreen over the winter. These grasses seem to do better and have better foliage quality when temperatures are cool and are given sufficient water during periods of drought. If they are not watered during drought, they tend to go dormant and the foliage will start to show signs of browning. These grasses can require more frequent division to keep them healthy and vigorous and can prevent them from dying out in the center.

A few examples of cool-season grasses include:

I will mention two other groups of plants in this post. However, they are not true grasses. The Sedges and Rushes are often grouped into the grass family, but they are technically in families of their own. For the purpose of this post, we will consider them grasses. There is a short poem that can help you remember which is which and it goes like this...

Sedges have edges, rushes are round, and grasses have knees that bend to the ground.

This little rhyme helps gardeners be able to identify the difference between the three types of grass plants. The knees of grasses are joint-like nodes found along round, hollow stems. The stems of sedges and rushes are solid. In the cross-section, the stems of rushes are round, while those of sedges are triangular and have edges.

Sedges are a hardy and versatile, an underused group of plants in my opinion. Carex is the most well known of the sedges. They can be grown in moist soil all the way through dry soil, and from full-sun into the shade. I actually prefer the shade, it brings out the best colors in the plant. Carex Ice Dance and Carex Evergold are great as edging and border plants. These two bring light into shady areas with their golden foliage. Sedges like Carex Blue Zinger can be used as groundcovers.

Rushes prefer moist soil but are very forgiving of drying out from time to time. They can be evergreen in most climates and are often used in rain gardens and decorative ponds. Our best example of a rush is Juncus effuses. If you have the place for this, definitely give it a try you’ll soon grow to love them as I do.

We always recommend when designing your landscape that you balance both warm and cool season grasses in your design. Cool season grasses give you immediate growth and impact early in the spring. However, you have to be careful of them browning out in the heat of the summer. Water frequently during the dry summer months and plant perennials close by to fill the void left by summer dormant grasses.

Some species like Stipa Tennuisima look their best when they dry out in July and August. Other cool season grasses like Fescues can disappear by mid-summer. Warm season grasses are wonderful in the landscape, but be sure to position them where their low height in the first half of the season is either visually appealing or not noticed. Warm season grasses will reward the patient gardener during the latter part of the summer when they reach skyward, bursting forth with colors and textures unseen during the early season.

Until next time...see you in the garden!